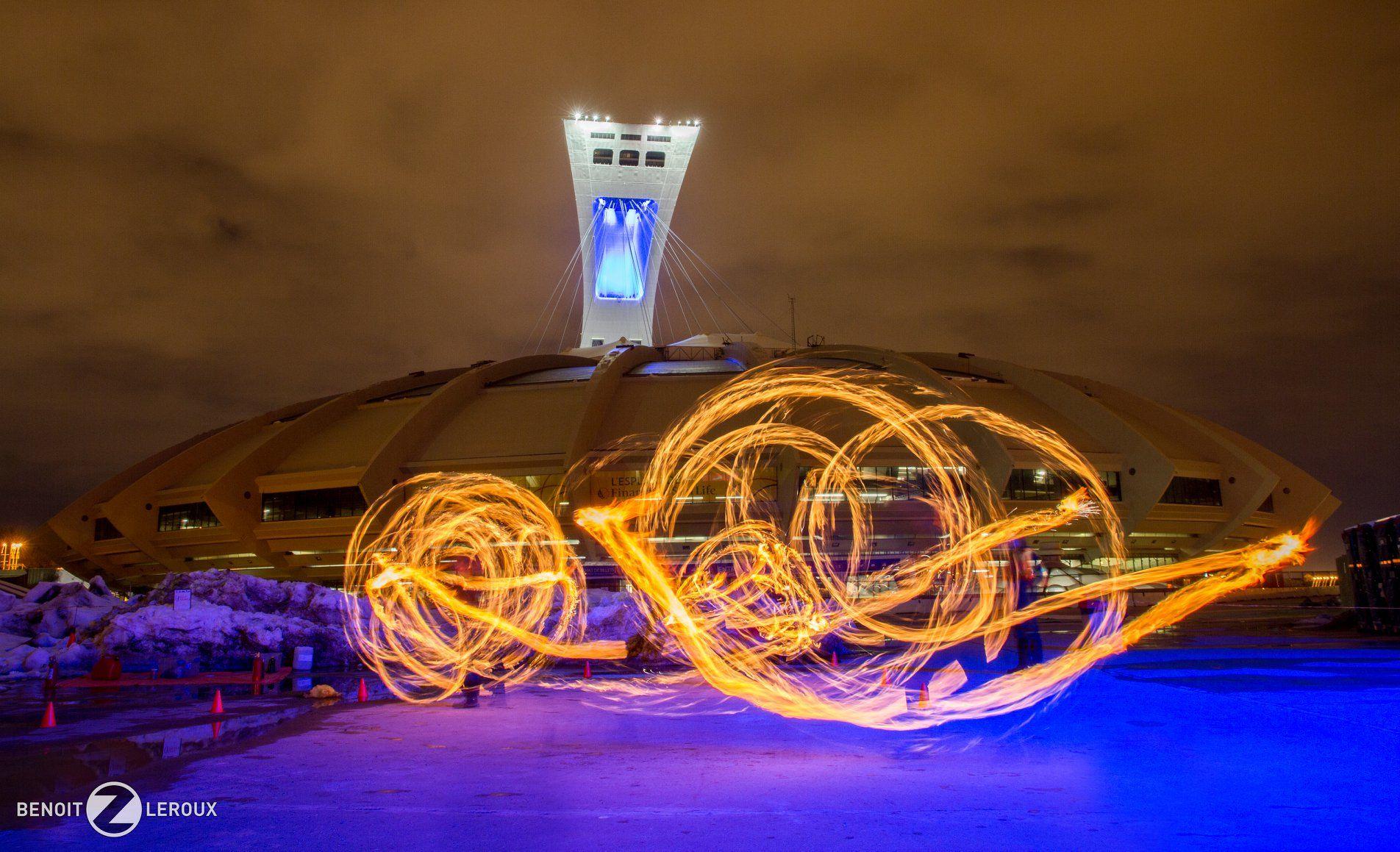 A first date with GardeFeu and 16 000 spectators!

How did I get to know the world of fire artists?

Hmm, in a show I think it was Jean-François Robitaille in Crépuscule de Flip Fabrique in 2016 in Quebec City. But in reality, I would say Philippe Dupuis with whom I had been shooting under a viaduct. I had meet GardeFeu team at Montreal 375e where they were working on a fire show.